When he wrote this passage of music, Gustav Mahler, arguably today’s most popular symphonic composer, knew that these would be his final notes. He wrote “Almschi!” into the margin of the score. This was his endearing name for his wife. He wrote into the music itself his “heaven” theme that he used often in his music. Only now, in the final few seconds, the melody he had once set to the words, “Much rather would I in Heaven be.” is incomplete. It is a breathtaking moment, beautiful and peaceful, yet it ends with great longing.

To Mahler, his music was a diary of his journey through life. And in the end he concluded with longing for Eden; he wrote gently and earnestly of the woman he loved and heaven.

our longing for eden is universal

Perhaps nothing stands out more throughout history than mankind’s longing for Eden. And I don’t mean “paradise”. The human story over the millennia reveals a longing for belonging, purpose, and holy love. In Eden our sense of place, home, and inclusion was profound–Eden itself would not have existed without us. The creator of galaxies made a garden for us and chose to take material form and walk with us. We were made for that. It’s apparent that in all our attempts of art, music, literature, government and civics, and technology–all we really want is to return to Eden.

Mahler’s unusually sensitive heart was captivated by Eden. Throughout his symphonic journal he was arrested by a holy place where divine and human love united. A place where strength and humility coexisted in the light of goodness and holiness. Our place in creation was unique and creative in an infinite universe.

The music turns decidedly toward Heaven at 0:56 of this excerpt. The dark and lonely forest changes to Eden. Mahler’s focus, in the final moments of his musical journal, is on the place his heart was meant for… something he wrote about more often than anything else–Heaven. He’s longing for Heaven, the new Eden; Almschi is a part of this. 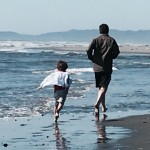 I enjoy creating. It's mostly been composing music, writing prose poetry, and playwriting. I love symphonic music and have an obsession with the music of Gustav Mahler. Lately, I've been blogging about the things that are earth shattering to me. The truth, as it turns out, is far more peculiar and unfathomable than our imaginations can dream up. And so now I'm just trying to take notes.

have you seen it?

This site uses Akismet to reduce spam. Learn how your comment data is processed.

have you seen it?

before light was invincible